Morgan Le Fay is a sorceress and an opponent of King Arthur.  She is a minor character in many novels, like The Once and Future King (only making a brief appearance in The Sword in the Stone).  But she is the main character in The Mists of Avalon.

The Mists of Avalon re-imagines the character as the main protagonist.  The character narrates much of the book, and gives her perspective on the conflict with King Arthur. 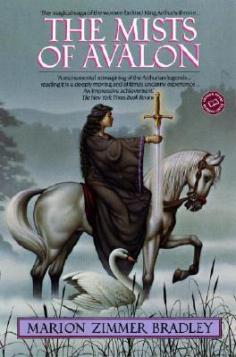 Morgan Le Fay was portrayed by Helena Bonham Carter in the 1998 film Merlin.