Could Arthur have been a Roman general?

Some historians have argued that the inspiration for the tale of King Arthur derives from the exploits of a Roman general named Lucius Arturus Castus who served sometime during the 2nd or 3rd century.

One role of the Roman army in Britain was to keep the tribes in the north (Picts and Scots) from overrunning Hadrian’s Wall.  Hadrian’s Wall separated the Roman southern portion of the island from the unconquered north.

The ruins of Hadrian’s Wall.

Hadrian’s Wall might not look that impressive today, but it was a feat of engineering in its time, and it successfully divided the island. 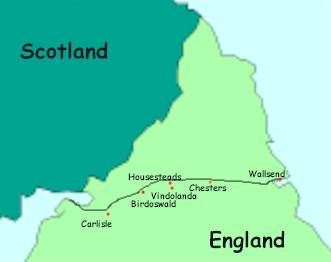 The inscription on a tomb found in Croatia list the accomplishments of the soldier buried there, and include reference to the defence of Britain.

The theory that the origins of the Arthurian legend lie with a Roman soldier was first posited by Kemp Malone in 1924.  Scholars C. Scott Littleton and Linda A. Malcor support this theory as well and presented their hypothesis in their book From Scythia to Camelot, published in 2000.

This theory forms the basis for the 2004 movie King Arthur starring Clive Owen in the title role.

You can watch the movie trailer here: